When you book with an account, you will be able to track your payment status, track the confirmation and you can also rate the tour after you finished the tour.
Sign Up
672

We will pick you up from your hotel and take you to the airport. Hour of pick up may change according to flight time. Flight from Istanbul to Izmir. When you land on Izmir, one of our staff will welcome you with a name sign. Then you’ll meet with our local tour guide.

Today you will visit one of the well preserved ancient city of Ephesus, Virgin Mary’s House, Artemis Temple and Lunch. Firstly, you will stop in Ephesus Ancient City. The extensive ruins which include Varius Bath Complex, The Odeon, State Agora, The Temples of Dea Roma, Prytaneion, Domitian Square, Hercules Gate, Curetes Street, The Fountain of Trajan, The Baths of Scholastica, Temple of Hadrian, Celsius Library, The Gymnasium, Great Theatre.. And much more monuments stand in the special atmosphere of Ephesus, charming each one. Once it was a commerce and trade center of the ancient world, later on became a sacred religious place of the early Christianity and today, a famous and unique tourism center proving all its perfects to the visitors as one of the biggest open air museum in the world. Next stop is to visit The House of Virgin Mary, the place where it is believed that she had spent last years of her life. It is considered that St. John brought Virgin Mary to Ephesus after the crucifixion of Jesus Christ and that a small house was built for her on Bulbul Mountain. On July 26, 1967, Pope Paul VI visited The House of Virgin Mary and declared one of the pilgrimage center. Then drive to the Temple of Artemis which was one of the Seven Wonders of the Ancient World, although there is one single column left today, magnificient temple had been built for the goddess of fertility and hunters, Artemis, known as Diana after city passed under the rule of Romans.

At the end of the tour you will be transferred to your hotel. Accomodation in Kusadasi.

First stop of the tour is Devrent Valley with red colored lunar landscape. Although never used as a settlement in history, unique landscape and rock formations are the highlights of the valley. Your guide will explain how these strange shaped rocks formed. Next you will visit Pasabag. This location was named after the monks who lived here 4th century AD. You can view different rock formations and mushroom shaped chimneys here as well. Next is The Pigeon Valley where you can visit handcrafted caves, tunnels and natural cliffs. Some of the fairy chimneys here reach 130 ft. Next place to visit is the great rock called Uchisar. Last stop of the tour is Goreme Open-Air Museum. You will see cave churches with incredible fresco work in combined structures of monasteries. Your tour guide will tell you how these were created between 10th and 12th centuries AD.

At the end of the tour you will be transferred back to your hotel. Accomodation in Cappadocia.

You will be picked up from your hotel in Cappadocia. Then you will be transferred with an air-conditioned coach to meet the tour guide. First stop of the tour is Derinkuyu with complex handcrafted tunnels and ancient caves. Derinkuyu Underground is the largest underground city found in Turkey and the most popular among other underground settlements in Cappadocia. Next is a 4 km’s walk through Ihlara Valley while sightseeing some of the most important examples of churches and caves found in the region.Then it’s time to have a lunch. Next stop is Belisirma which is famous for the ruins covering the place. Ala, Bezirhane, Karagedik and Direkli church ruins are some of the beautiful remnants of Byzantine era. Then we will head to Selime, probably the most beautiful and detailed monastery handcrafted inside a cave. The Last stop of the tour is Nar Lake. The lake is a volcanic crater located 30 km’s from Derinkuyu and Ihlara. 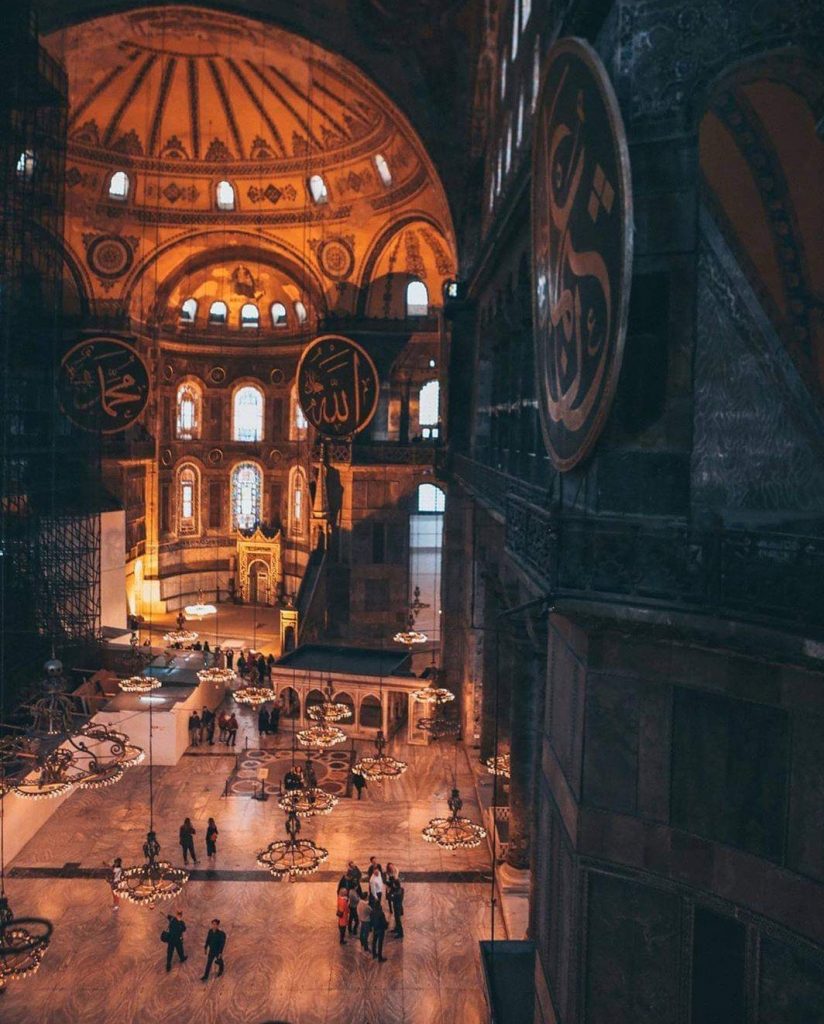